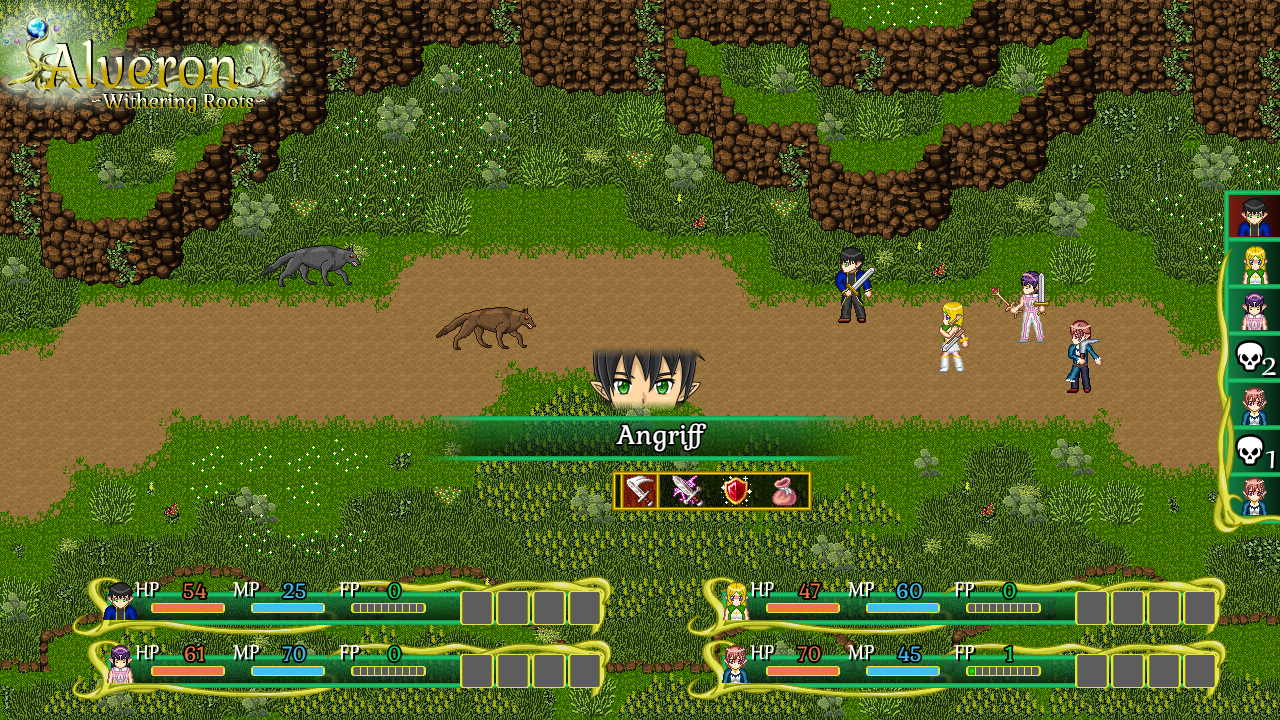 In Alveron, battles are turn-based. You always choose the action for the active hero (here: Valec), which is then executed immediately. On the right side of the screen is the move order bar, which allows the player to plan his moves optimally to defeat his opponents.
The display of the heroes is divided into HP (life points) MP (magic points) and FP (focus points). In addition, there are 4 more fields, which indicate various states that are on the hero.

Indicate the hero’s life energy. If a hero’s health drops to zero, he is incapacitated until he is resurrected or the battle is won. Life points can be replenished using healing spells and healing potions.

Magic points are the main resource for casting magic. They can be replenished by means of healing potions.

Focus points show the hero’s concentration level. They are mainly used for weapon abilities and buffs. Focus points are generated by the hero’s actions.

Each hero basically has his own set of skills and that’s why each one has different commands that can be used in battle. Thus, each hero has its own strengths and weaknesses.

There are many different conditions in Alveron. Among them are classics like “Poisoning” or “Blindness” or even Cooldowns, Buffs and Debuffs. 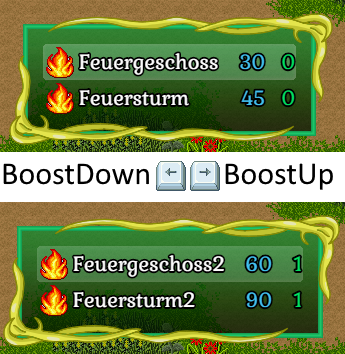 One ability of the heroes is to strengthen their spells by investing additional focus points. The use of the amplified abilities increases either the damage or the duration or intensity of various effects. How much a spell can be boosted depends on the mastery level of the element.

Just as focus points can be used to strengthen spells, physical attacks can also be improved. While you don’t invest any additional focus points, each weapon ability becomes stronger the more focus points the hero has.